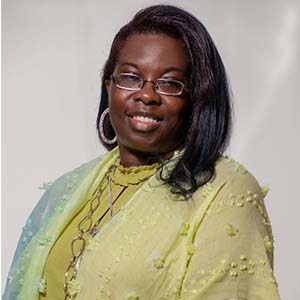 A product of Newark, New Jersey, Twonta Davis Jones was raised in the city of her birth. Completing her early education there, she took her first steps into adulthood by moving to Daytona Beach, Florida where she attended her alma matter, historic Bethune Cookman College. A 1992 graduate, not surprisingly, she majored in music and received her degree in Vocal Performance (Opera). Over the years, Twonta (or “T” as she is known) has been blessed to travel and perform at some of the most prestigious concert venues in the world. A featured vocalist with both the Bethune Cookman Concert Chorale and Morgan State University Concert Choir, under the direction of the renowned Dr. Nathan Carter, she has blessed thousands with her inspiring and impressive vocal stylings. Spreading both love and the gospel, she has also traveled across the oceans and performed overseas in Germany and Switzerland. Her U.S. highlights include memorable performances at the famed Metropolitan Opera House and historic Lincoln Center in New York. Although formerly trained, T’s exceptional musical gifts are both natural and God-given.

Skilled in a variety of forms and styles, including gospel, jazz, opera, R&B and pop, she is an anointed and gifted vocalist who “lives” in the lyrics and music she sings. A passionate believer and worshiper, most recently, the Lord revealed and blessed her with the call to ministry where she serves as a minister-in-training at Mt. Pleasant Missionary Baptist Church in Detroit under the leadership of her pastor, Dr. James J. Minnick. Collectively, she views these gifts as blessings and holds them as among her most precious possessions, while dedicating them all to His glory.

With many passions and interests, “T” is an avid reader, enjoys crafting, music, the performing arts, studying the Word, and spending quality time with family and friends. An advocate and champion for young people and education, as a youth mentor and counselor, she embraces the seven years she spent working with students and other youth as an administrator at Morgan State where she took great care and pride in ensuring the emotional, housing and advisory needs of her students were met. Despite the accolades and accomplishments, “T’s” life changed dramatically and forever when she committed to her husband and life partner, Randy L. Jones. Also musically gifted, together, they are beyond blessed and proud of their two daughters, Stephanie Louise and Nya Louise, who have already embraced their own “calling” and special musical gifts. “I Will Sing Unto The Lord A New Song … Yea, I Will Sing!”