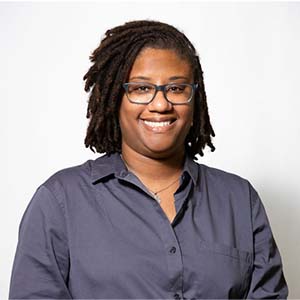 Minister De’Anna M. Caston is a native of Brookhaven, MS. She received Christ at an early age and was baptized at Mt. Wade MBC, under the leadership of the late Rev. Dr. Samuel L. Brown. After her father was called into the ministry, the family later joined Beulah Chapel M.B. Church, under his leadership. There, evangelism and the love for God’s people were ignited in her life.

Minister Caston migrated to Michigan in August of 2012 where she continued demonstrating her commitment to Christ, and service to God’s people.  In 2017, she was licensed to Minister under the leadership of the late Pastor Christopher J. Whitsett and Rev. Dr. Kimberly R. Whitsett, of The Truth MBC. Upon the passing of Pastor Christopher J. Whitsett, she a-joined with the Mt. Pleasant Missionary Baptist Church, under the leadership of Dr. James J. Minnick, Pastor, where she now serves as an Associate Minister and Social Media Evangelism Manager. What she is learning is that this Christian journey is a continuum of what has been birthed, taught and instilled in her as a child. One of Caston’s favorite verses is Philippians 1:6 which reminds her that, “He who has begun a good work in me, shall continue it until the day of Jesus Christ.”